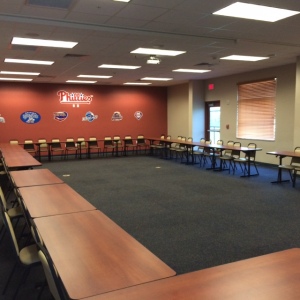 A large meeting room on the second floor of the Paul Owens Training Facility at Carpenter Complex was empty yesterday.  Today it isn’t.  Ruben and Ryne plus all the coaches and instructors, athletic trainers, baseball administration officials and president Pat Gillick have filled the room.  They’re reviewing every player that is in camp, 40-man roster and the non-roster players.  That’ll continue into tomorrow before the annual Bill Giles golf tourney in the afternoon.

Pitchers and catchers are due in camp tomorrow.  They’ll undergo physical examinations and then hit the Carpenter Complex four fields Thursday.  Daily works begin at 10 a.m. and are open to the public free of charge.   Infielders and outfielders get their exams on Monday and begin drills on Tuesday.

In the first-year player draft this June, the Phillies will have the 10th selection in the first round.