Who Would U Pick? 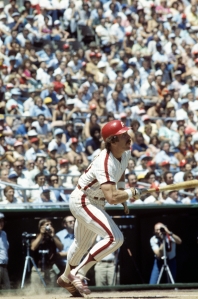 Who would you pick to start a team? Did anyone pick Mike Schmidt? Who was his choice?

Check out Alumni views at http://www.phillies.com/alumni.

Clearwater Next
Eight rookies will wrap up four days of the Phillies annual Prospect Educational Program on Friday.

OF Aaron Altherr, LHP Jesse Biddle, RHP David Buchanan, OF Leandro Castro, OF
Kelly Dugan, 3B Maikel Franco, RHP Ken Giles and RHP Kevin Munson will all be in Clearwater in early February after spending this week at Citizens Bank Park.

Well, they weren’t at CBP on Wednesday as they toured the MLB Network studios in northern New Jersey. They returned in time to work out in the indoor batting cages, a daily routine, before attending the Sixers game.

Today was devoted to media training. Ben Porritt, a media relations expert, oversaw the training and was joined by Leslie Gudel, Ken Rosenthal, Jim Salisbury, Chris Wheeler and the communications staff. The last item on the agenda is an interview session with Philadelphia media.

The young prospects got a small taste of big league life. Once in Clearwater, they’ll continue their climb to the top and uniform and locker in the clubhouse. That’s their dream.